THE STORY OF THE PROPHET MOSES (NABI MUSA) 'Alaihiwassalam


The Story of the Prophet Moses and Harun ‘Alaihimasssalam (part 1) 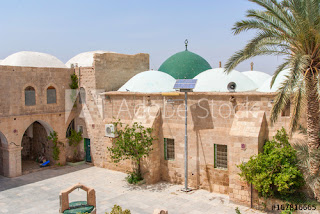 In ancient times, the country of Egypt was led by a ruthless and cruel king known as the "Pharaoh," he enslaved his people and oppressed them, behaved arbitrarily on earth, and made its inhabitants divided, by oppressing a group of them and employing them by forced labor. Indeed Pharaoh is among those who do damage.

Days passed, months and years changed so that the native inhabitants of Egypt saw that the number of the Children of Israel was getting smaller because of the killing of a young boy, they were worried that if the adult people died, while his children would be killed later there would be no more caring for the land them, so they went to Pharaoh and told him the problem, then Pharaoh thought again, then he ordered to kill men in general and leave them in general.

Aaron was born in the year when the children were not killed, while Musa was born in the year of the murder, so his mother was afraid that his child was killed so he chose to put his child far from the reach of the eyes of the Pharaoh's army who were always waiting for the children of the Children of Israel for his killing, Allah inspired him to feed him and put him in a chest, then put it in the river when the army of Pharaoh came. Allah Subhanahu wa Ta'ala said,

"And We have inspired Moses' mother; "Feed him, and if you are worried about him, drop him in the river (the Nile). And do not worry and do not be sad, for surely we will return it to you, and make it (one of) the apostles. " (Qur'an, 7: 7)

So he prepared a small chest that was tied to a rope and breast-fed his child, and when the Pharaoh's army came, he put it into the chest and put it in the Nile. When the Pharaoh's army left, he pulled back the chest. Until one day, Moses' mother forgot to tie the chest with a rope, then the chest was carried away by water and kept on going, while sister Moses was instructed to pay attention and walk beside her while seeing where the chest stopped. The chest remained floating above the river swaying right and left and was moved by the waves, until then the chest was carried towards the palace of Pharaoh near the Nile. When sister Musa saw the chest leading to the palace of Pharaoh, she immediately told her mother to notify the matter so that the heart of Moses' mother became empty, she almost stated the true condition that Moses was her own son.

At that time, Asiyah the wife of Pharaoh as usual walked in the palace gardens and walked behind her servants, then Asiyah saw a chest on the edge of the Nile at the end of the palace, then he told his servants to take it and they did not dare to open it until they put the crate it was in the presence of Asiyah. Then Asiyah looked at the casket and saw that there was a sweet baby and Allah instilled in her heart a love for the child.

Besides that, Asiyah was a barren woman, then she took it and hugged her and was determined to keep her from killing and slaughtering, then she took it to her husband and said with pity, "(He) is an eye conditioner for me and for you. Do not kill him, hopefully he will be useful to us or we will take him a

What Asiyah said was really true, because the existence of Moses benefited him, in the world he obtained guidance with him and in the hereafter he entered heaven with his cause.

When Fir'awn saw his wife was so strong in looking after this baby child, Fir'aun agreed to his request and did not ask to be killed and he was appointed as a child.

Baby Moses returns to his mother

After a while, Asiyah was holding baby Musa with joy, but the mother of Moses was crying with sadness, her heart 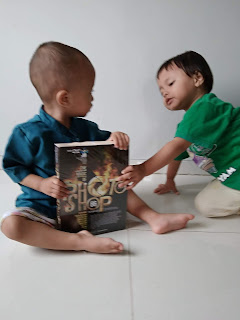 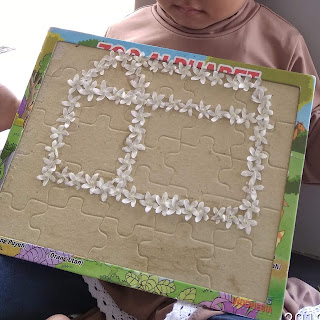